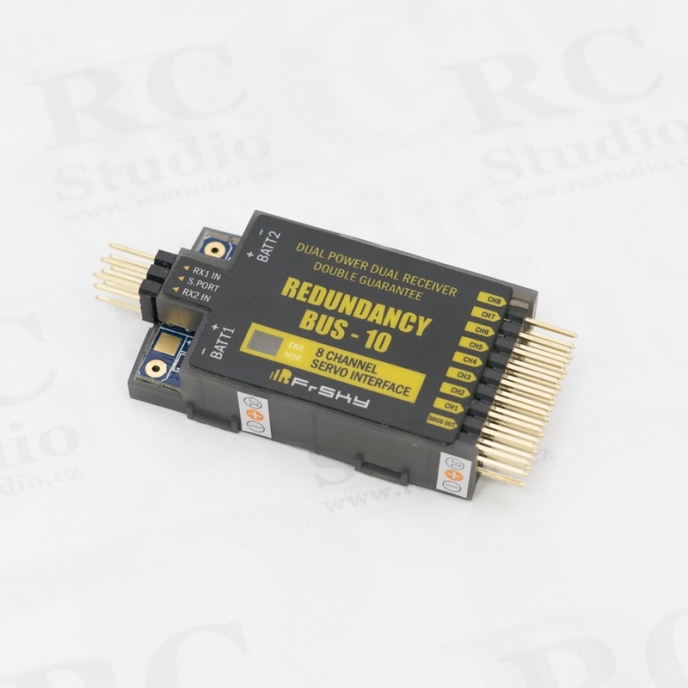 RB-10 does not have a voltage regulator, so you need to connect batteries or regulator that can handle your servos and receivers. The power supplies are connected to BATT1 and BATT2. You can power the RB-10 from one source (plugged into BATT1 or BATT2) or from two sources (plugged into BATT1 and BATT2). For proper operation of the protection it is important that both power supplies can be loaded with a minimum of 15 A and a peak of 40 A. Never connect more than one servo to the output.
The S.Port of the RB-10 can be connected to the end of a row of sensors or use a Y cable to connect it.


If the sources have the same voltage, they are drawn from both sources. If this is not the case, it is preferably taken from a source of higher voltage and the sources are isolated from each other.
You can use any source (different cell counts, different battery types and capacity).

Each servo output including SBUS out and RX1 IN and RX2 IN has its own surge protection. Each channel retains a load of 2.5 A at
25 ° C. If the load is higher than 5 A, the disconnection occurs. This information is signaled by telemetry.

The default is 20 ms (50 Hz). It is possible to set a lower period according to the receiver, but keep in mind that analog servos or servos that are not built for this can show vibrations and higher power consumption, and can also be destroyed.

Connect the receiver to RX1 IN or RX2 IN and connect the power supply. If the green LED flashes quickly, it is synchronized with the receiver. If it remains lit, it is set to the default value of 20 ms.

For the new OpenTx, you can replace items 3 through 10 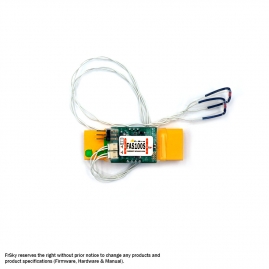 This telemetry senso100 A current sensor with two temperature sensors.
In Stock
736 Kč
Add to cart 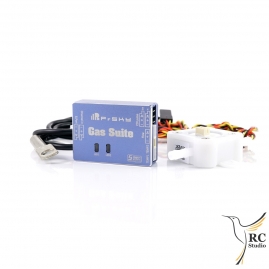 Multifunction sensor for internal combustion engines with measurement of fuel flow, temperature and speed
In Stock
1 810 Kč
Add to cart

16 channel servo interface with redundancy feature for RX and RX bat with tlelemetry.
In Stock
1 438 Kč
Add to cart

Current sensor 40A with S.Port (without connectors)
Out of stock
446 Kč
Add to cart 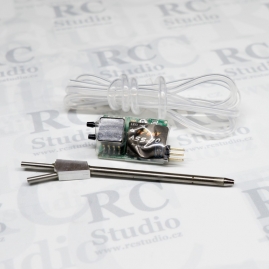 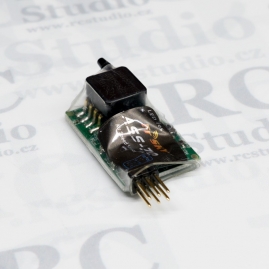 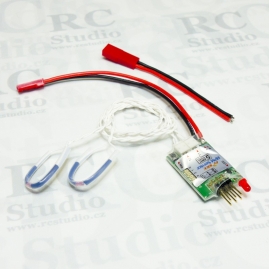 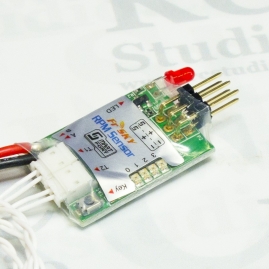